Watch this video to learn all about IQBot. How to use Automation Anywhere's IQBot and what it can do.

Speaker 1:
Hey there everybody, we're going to take a look at IQ Bot from Automation Anywhere. IQ Bot can read documents, figure out the type of document it is, and pulled the necessary information off the document. So, it takes the unstructured data on the document, and it turns it into structured data, which you can use in your different automations.


What we're going to do here is look at a tax form. This is a tax return for an S corporation for a 120S. And what we want to do is we want to pull out some information on this form. Let's say we want to get the name, the address, the employee ID number, and a couple of these fields here. So, what we will do is we will go to the IQ Bot and we'll create a new learning instance. So, let's go and click this. We'll call it Text Doc 1120S. We're going to say it's a different kind of domain. So, IQ Bot has these default ones defined here. It shows, actually, what kind of fields that those documents might have. We don't have a 1120 tax form here, so what we're going to do is just say other. Primary input, this is going to be the language of the input. There's a lot of different options here. Obviously, we're going to choose English, though. We're not going to add description.


And this is what will initially help the bot identify what fields are on the screen before everything's trained. It actually helps in training, but this is a way to make sure that we're identifying the correct fields and we can verify. So, I'm going to go and select two documents here, open those. And because we selected other for the domain, we need to go and specify eight domain name. Let's just call it an income tax form. And now let's go into find some of the fields. So, if we name the fields the same thing as is found in the tax document, the IQ Bot will find it initially right away, but they might not be user friendly. So, number street and room or suite number, that's not really a good name for something, so for name, let's call it corporation name. Add as form.


So, the difference between add as form and add as table is these are all form fields here. If we wanted to have a table field, we might look at something like a... If I were to look at a Embassy Suites here, you can see that this is more of a table. You can see there's dates, there's reference numbers, there's descriptions, there's charges. If we were looking at a document like this, this would be what a table form is, but since we're looking at this document, this is mostly just fields here.


So, we have corporation name. Let's say employer ID. So, let's use those for now. Let's go and click this create instance and analyze. So, what it's going to do is IQ Bot is now looking at these documents and trying to identify these fields. It's going to look at the whole document and group together similar looking parts of these documents. Since we're only processing two documents, this shouldn't take too long. If we were processing a lot more documents and they were a lot bigger and had more fields to find, IQ Bot would take a little longer time to get through them all.


So, the analyzing process is finished. Let's see what it did. It went in and identified a group on these different documents, and from here, we can go and train the bot to identify the appropriate fields on the documents. So, here's the document that we were looking at. You can see that there's a lot of blue boxes around the different words here. It's because IQ Bot, wouldn't identify groups of words that I believe belong together. Some of them are actually green, so this is where the IQ bot went and identified, "Okay, employer ID is probably this field right here." And then, we got to go and check to see, okay, where is the value for this field? The label is employer ID.


So, normally for a form, you'll get a label on the left side and then the value of it on the right side. So, it got a little confused as to what the value for employer identification number is, so we're just going to go and select it for the bot. So, now the bot knows that if it finds this label, this employee identification number label, it's going to look below it to find the value for that label. So, let's go to gross receipts or sales. It did find the label, but it went and found the most immediate next value here, which is not what we wanted. We wanted this value, so let's go and change that one, as well. Save that, and now it's identifying properly. And then, ordinary business income. So, it found it, ordinary business income here, but then I thought that immediately to the right would be the value. So, it says loss, subtract lin 20 from line six. That's obviously not what we want. We want this value here, so we're going to do the same thing.
‍

‍
All right. And then, you'll have noticed that some of the fields are missing, so we're going to go and click on them. So, one of them that was missing was total income, I believe. Let's go, it was a field, total income loss, and then we're going to say the value is right here. So, now it goes in green. And then, the other one was the name up here. So, we told it to do corporation name. It didn't find the word corporation, so it didn't find it on this document. So, we're going to go and just click here, call it the field, call it the corporation name, and then say we're going to have it right below here. Not just Ike's, Ike's Ice Creamery. Save. So, now the document can successfully identify the different fields that needs to find and the values for those fields.


Now, in order to use our bot, we can go and close this out. We need to go set this instance to production. That means our automation anywhere can go and call this bot. Let's go over to bots here. Let's set this group 10 here to production, and then let's go and open up Automation Anywhere designer. So, I have a folder. This folder is this one right here. It contains a different tax form here, different than the one that we trained on. What we're going to do is go into this, make sure we're calling the right instance. So, we got text form here, save. Going to save it. And so, now when I hit play, it's going to go and read the document in this folder and process it using IQ Bot.


So, I'm going to hit run, going to start doing something. You can see that something's going on here. It's going, "Oh, hey, I got a document here." It has yet to be classified, but it's going through the process of doing it. And it's actually sent the document for validation, so let's go see what happens here. So, we had one file at 80% accuracy. We're going to go and look to see what happened. We're going to go to this validation tab here. Going to open it up. So, you can see that it was able to capture some of the fields. It got the name here, it got the employer ID, the gross receipts, the total income loss. It wasn't able to capture this ordinary business income, so a little bit more training needs to happen.


So, what we're going to do is we're going to go and fill it in, and this is actually going to help train the bot for the future so it will get better and better at better at identifying documents. If it were to identify all the fields correctly, it would have just went straight through and inserted the information to pull off the document into our output folder, but when it doesn't go and identify a document 100% correctly, that is when a user will have to come in and validate the documents. So, a certain percentage of your documents will be identified 100% correctly, and a certain percentage will not. There's a certain confidence threshold that IQ Bot uses to determine whether or not it wants to say the field was correctly identified or not, and that threshold has changed over time as it learns.


So, a failed document isn't the end of the world. The idea is that IQ Bot will be able to identify a majority of the documents, and as it keeps going through more and more documents, it's going to get better and better at doing it. But since we started off with just training two documents, it still did pretty good. It was able to identify four the fields. It missed one, but we're still very early in the training phase. So, you can see how, as you build more and more cases up, it'll get better and better over time.


Let's go and save the document. Yes. We'll close this screen, and we can go into one of our folders to find the completed document. And here's the information that we got from it. So, this has been saved as a CSV file, so it can look like this, but we can also open it up as an Excel file. And now that the data is in a structured format, it is a lot easier for a computer to use it for other purposes, or to continue on in the automations. We can have a bot and monitor this output folder so that when a new file comes in, we can get this information and then kick off another process if we wanted to.


So, some of the big things that take away here is that, initially, IQ Bot probably won't be able to get every single one of your documents 100% correct as you're setting it up. It's going to do a good job at identifying probably the majority of them, but there will be some cases in which it'll ask a user to go and look at it, just to verify that it is getting the correct information from the document. So, initially, you'll get a percentage of your cases automated, and eventually that'll trend towards 100, as it sees more documents and it learns more and more and more from them. 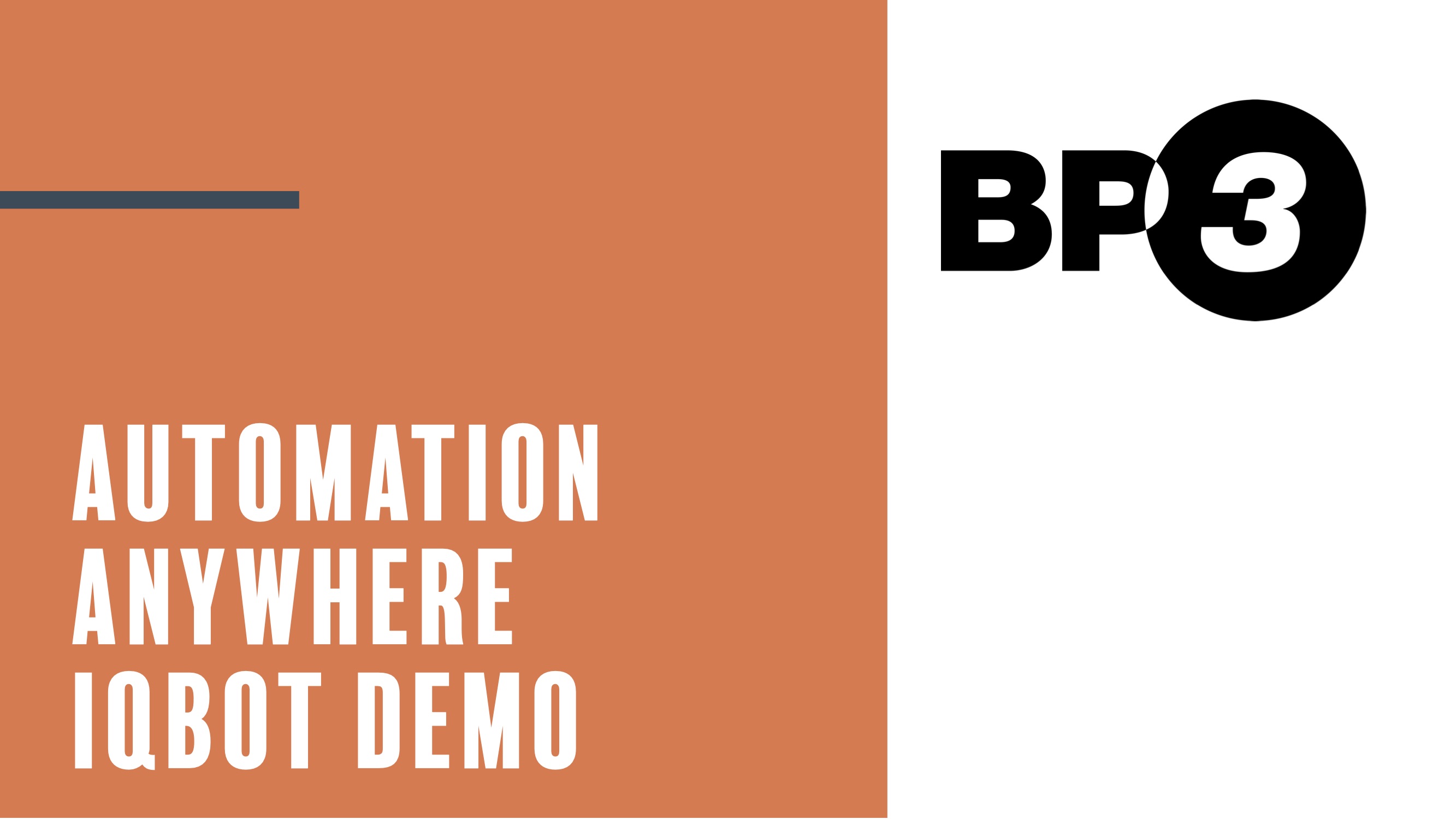 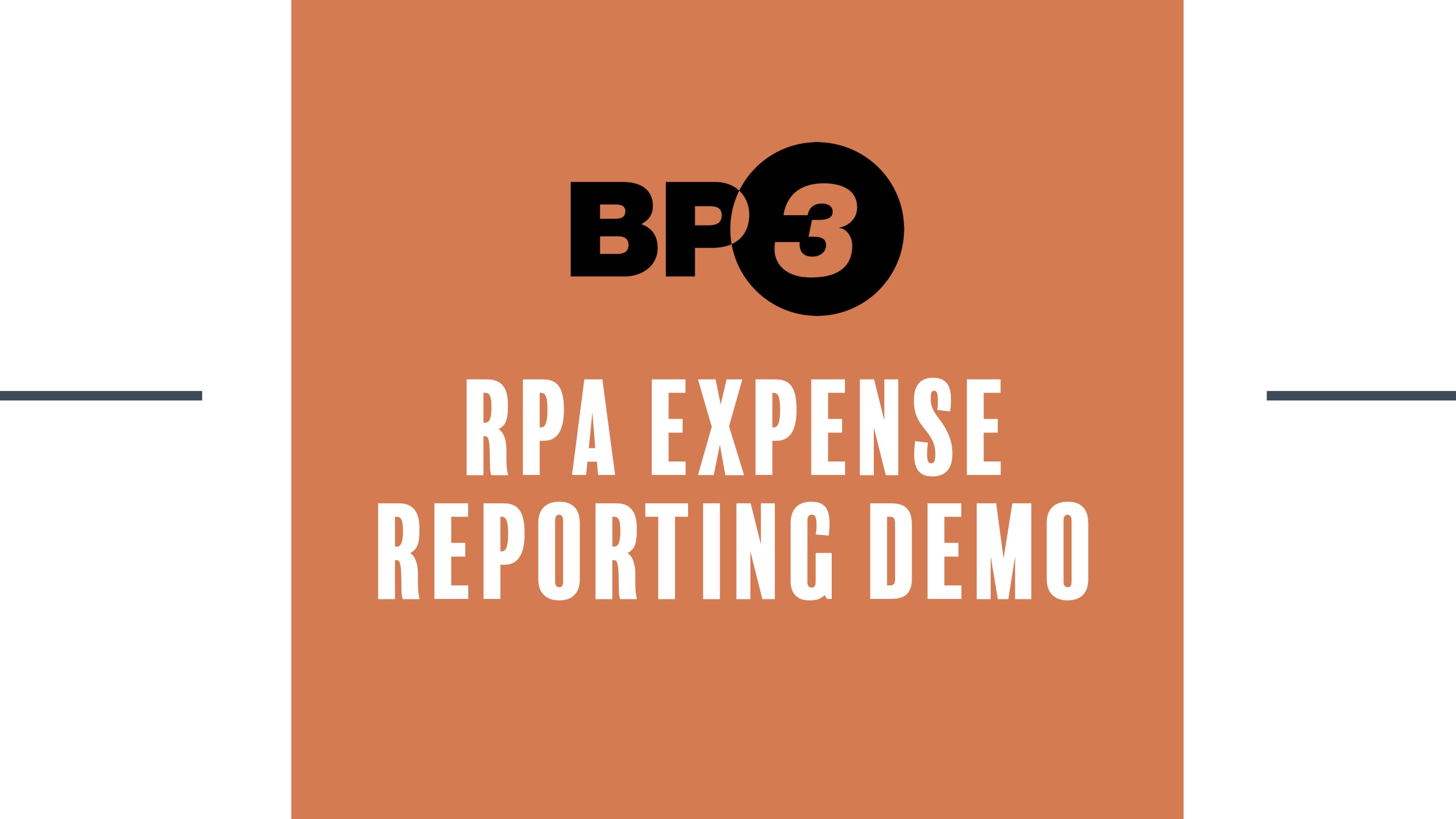 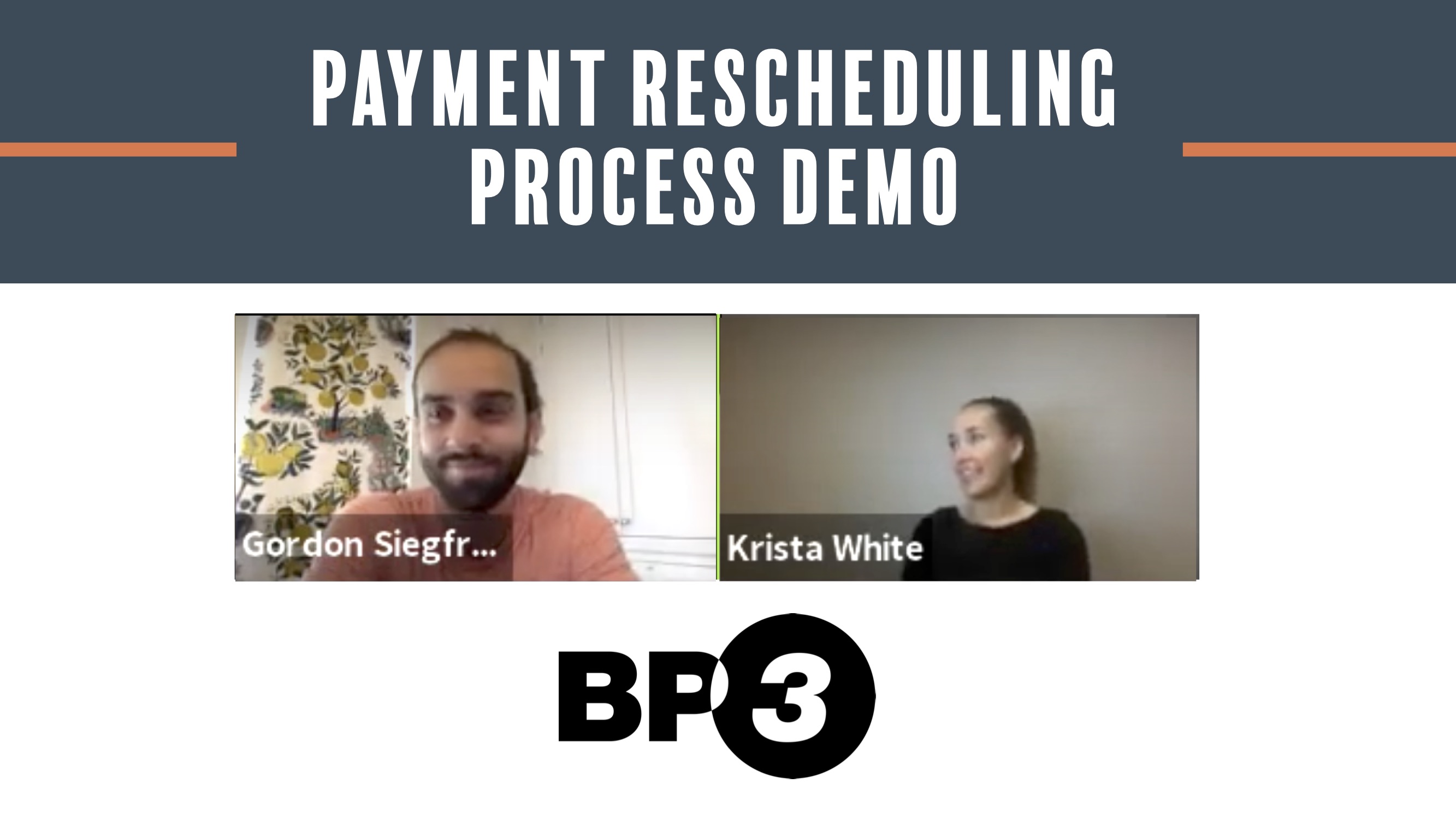